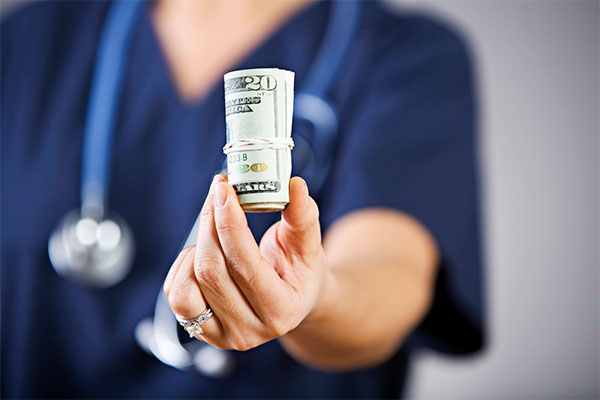 Medscape recently released its 2015 Nurse Salary Report and its brimming with interesting information. Medscape from WebMD is a part of WebMD Health Professional Network that also includes theHeart.org and eMedicine.com – it’s a conduit of rich healthcare content. Its members were invited to participate in a 15 minute online survey asking about salaries and benefits. The survey ran from August 12, 2015 through October 2, 2015. There were 8,256 United States nurses who met the screening criteria and completed the survey.

Here’s what the survey discovered:

The majority of RN’s work full-time in a hospital setting and are making just $83,000 in comparison.

The salary breakdown features nurse anesthetists at the top of the chart, earning an average annual salary of $170,000, while practical nurses (LPN/LVN’s) are making the least at $46,000. Of course, nurse compensation depends largely on geography and specialty, which the study goes onto explore.

Barely Half of Registered Nurses Are Happy with Compensation

According to the United States Census Bureau back in 2011, there were 3.2 million females and 330,000 male nurses. Interestingly enough, the overall percentages of Medscape responses mirrored those numbers, with 10 percent of responding nurses being males and 90 percent being female. And like many other industries, male nurses are making more on average than female nurses.

Registered Nurses Make Most in the West, Least in the North Central

Compensation is Going Up

You can see the entire report here.

Updated: 5 States Where Nurses Make the Most and the Least Travel Nurse Pay in 2019