HomeBlogFive Most Expensive Travel Nursing Destinations by Cost of Living

Five Most Expensive Travel Nursing Destinations by Cost of Living 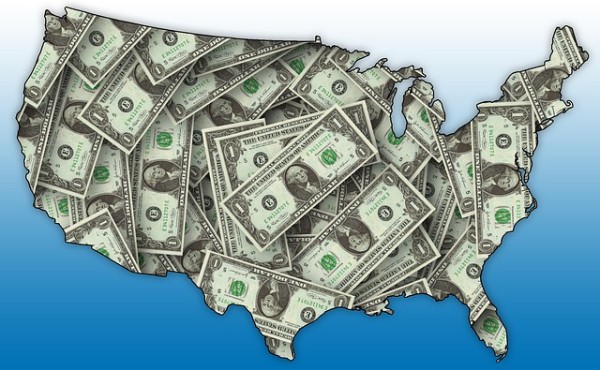 Travel nurses should pay extra attention to the assignment location’s cost of living, if maximizing earnings is a key priority. There was recently a study released detailing the most expensive travel nursing destinations by cost of living.*

You may automatically assume the most expensive state to live in is California, which would be a logical assumption, especially if you read our recent post about the Top-5 states featuring the highest hourly mean for nurses. But California doesn’t even crack this top five. The following are the most expensive states to live in, according to the cost of living index data:

It’s worth noting California comes in at No. 7, so it’s not like it’s really affordable. But considering nurses actually make the most in the West (average salary of $105,000, according to Medscape survey), California suddenly becomes more attractive than it already is.

Hawaii of course blows away the rest, but let’s be honest, paradise isn’t cheap. Luckily, Hawaii does boast the second-largest average salary for nurses (according to Medscape data). Considering the state’s cost of living rank, it almost has to.

Luckily that data is irrelevant for travel nurses who are may only be in Washington D.C. for a 13-week assignment. Traveling nurses will have the luxury of using services like Airbnb or the resources of their travel nursing agency to secure good temporary housing at a competitive price. And according to the Bureau of Labor Statistics data, D.C. stands on the higher side of average nursing salaries.

According to Zillow, statewide housing values in New York have risen 8.5 percent over the past year, a reason for New York’s presence on this list. Rawes states in her article, “As a renter (in New York), you could easily pay upwards of $4 thousand for a small apartment in New York City, and utilities in that apartment will run you about $175 per month.”

If you’re surprised to see Alaska on this list, so were we. But turns out the frozen tundra is pretty expensive. especially for a night out on the town. According to the article, everything from utilities to housing runs higher in Alaska. Even dinner and a movie with a friend can run around $85. Mitigate costs by catching a matinee.

As for New Jersey – shockingly, living costs in Jersey virtually mirror the cost of living in California, which is about where similarities between the states end. According to Rawes, renting in New Jersey is quite expensive. She writes, “Rent is exceptionally high, with the median monthly rent at $1,800. If you rent in an area like Princeton, you may have to pay $275 or so for utilities in a tiny apartment.”

Click the link in the first paragraph to read Dawes’ article and see the data in its entirety. Keep in mind, travel nurses can come out ahead even if they’re working in one of these states. By using company per diems for housing, and utilizing trusted affordable housing services, travel nurses have the luxury of higher pay without the steep financial commitments of housing. Any traveling RN’s compensation package will depend on more than location – specialty, shifts, facility all play a role, but as the Medscape data illustrated, traveling nurses, on average, are making more than their full-time peers across the board.

* The above cost of living index data comes from the Missouri Economic Research and Information Center (MERIC) first-quarter report.Note: Cost of Living Index measures the cost of services and consumer goods in an area relative to the rest of the country. The average for the entire U.S. is 100 and the Cost of Living Index is read as a percentage of that average.

California Travel Nurse Jobs Where Cost of Living is Reasonable